Types Of Smoke Detectors And Their Differences 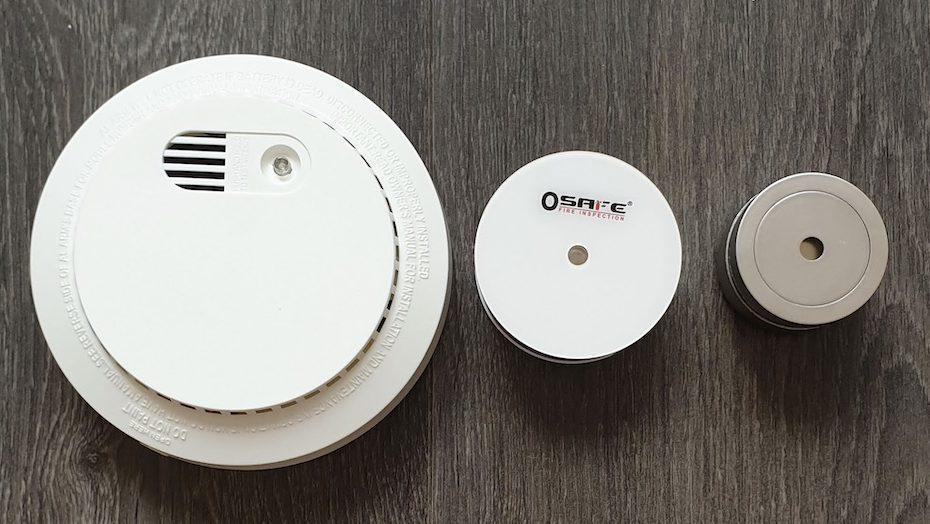 A photoelectric smoke detector contains a source of infrared, visible, or ultraviolet light, a lens, and a photoelectric receiver. In some types, the light emitted by the light source passes through the air being tested and reaches the photosensor. The received light intensity will be reduced due to scattering from particles of smoke, air-borne dust, or other substances; the circuitry detects the light intensity and generates an alarm if it is below a specified threshold, potentially due to smoke. Such detectors are also known as optical detectors.

In other types, typically chamber types, the light is not directed at the sensor, which is not illuminated in the absence of particles. If the air in the chamber contains particles (smoke or dust), the light is scattered and some of it reaches the sensor, triggering the alarm.

Click here to find out how a typical photoelectric smoke detector works in detail. 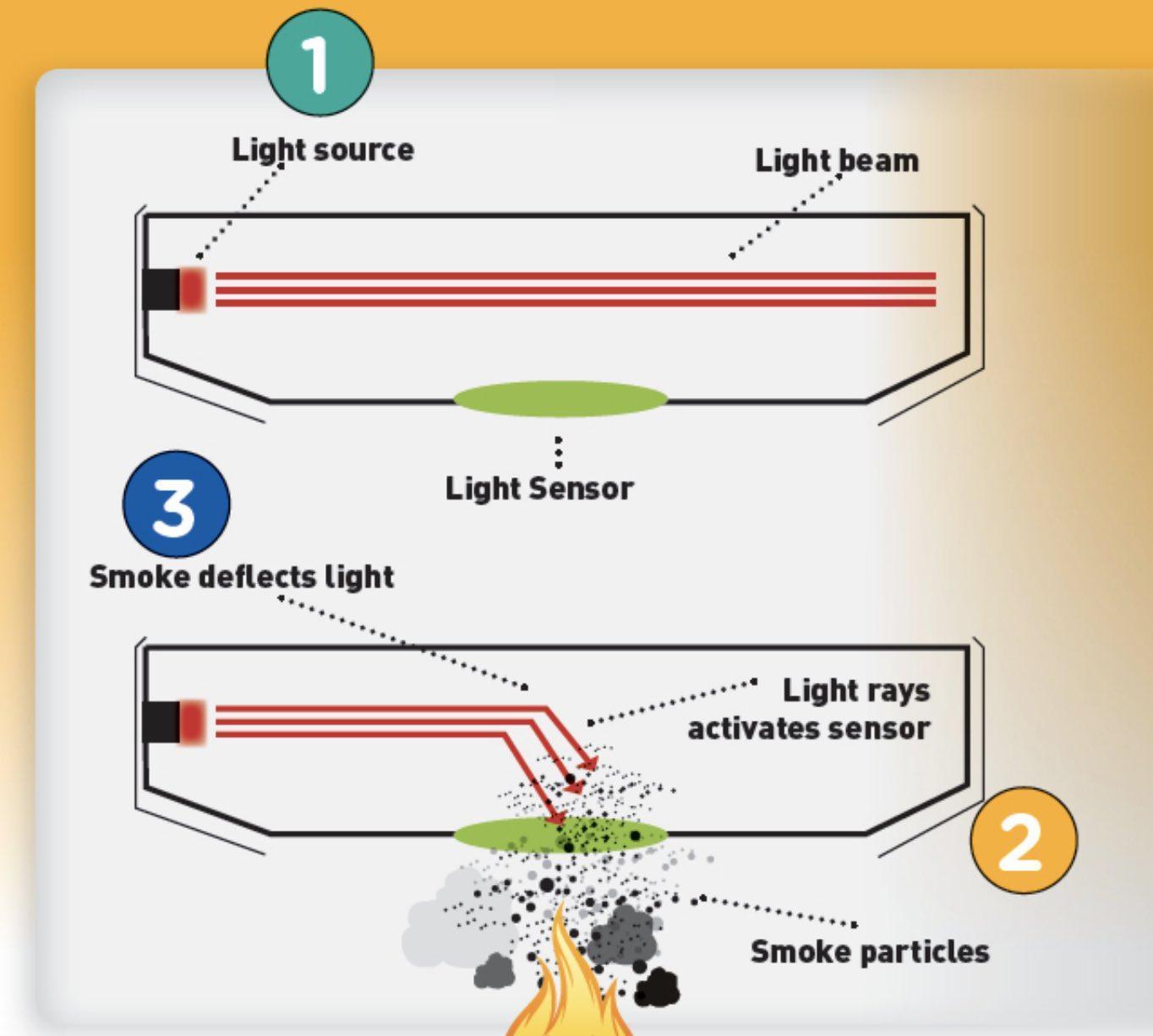 An ionization smoke detector uses a radioisotope to ionize air. If any smoke particles enter the open chamber, some of the ions will attach to the particles and not be available to carry the current in that chamber. An electronic circuit detects that a current difference has developed between the open and sealed chambers, and sounds the alarm. 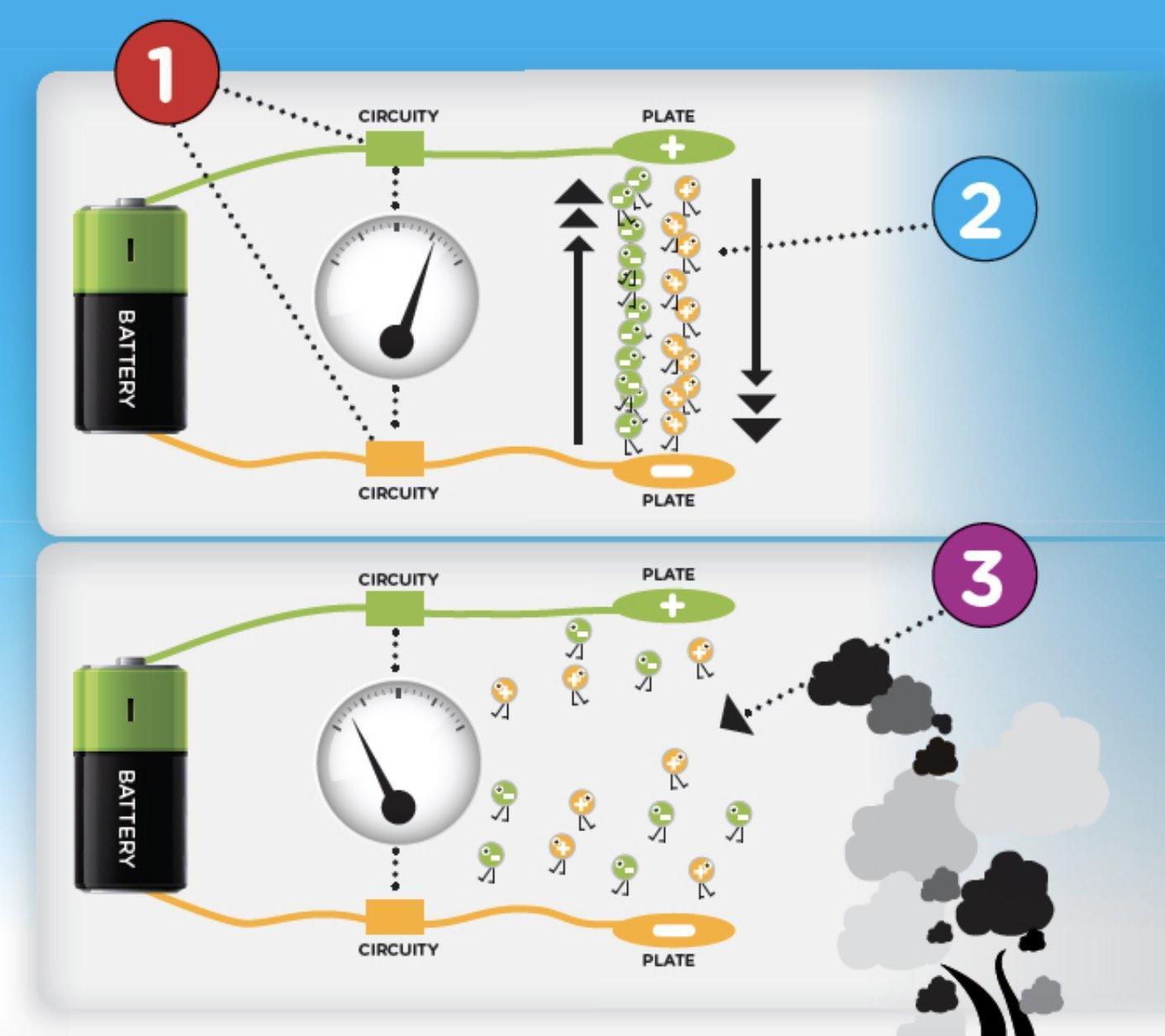 There are also other types of (non-smoke) detectors:

We will not discuss these other types of detectors as they are less common and less relevant in our context.

What Type Of Smoke Detector Is Most Suitable For Our Home?

In Singapore’s context, photoelectric (also known as optical) smoke detector is more suitable for our homes, mainly because most of our residential fires are caused by devices or of electricity origin. Such fires typically produce a lot of smoke in its initial phase before it flashes over to an open fire (smouldering fire). To recap, photoelectric smoke detectors are more effective in detecting smouldering fires.

Watch the video on the much-delayed response time of ionization smoke detectors in the case of smouldering fire.

How About The Hybrid Type With Both Photoelectric and Ionization Sensors?

Such hybrid smoke detectors seem to have a worser performance in tests. The main reason being the design approaches:

For the interested, you can click on this link to see his extensive deck on the comparison between photoelectric smoke detector and ionization smoke detector.

How Many Smoke Detectors Do I Need?

Here's a tool to give you a quick recommendation based on your residential property. Just takes 30 seconds or less!

Get Your Answer Here
Go to mobile version