How To Use A Fire Extinguisher 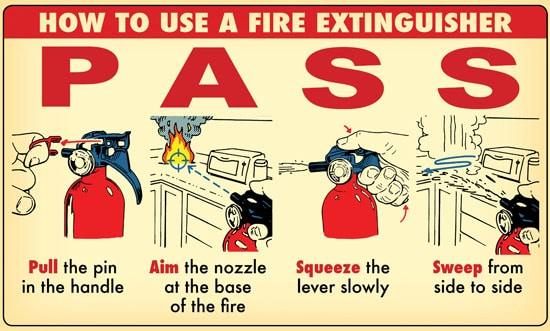 Using a fire extinguisher for the first time can be somewhat daunting, since you do not know what to expect.

That said, it is not difficult to use a fire extinguisher. You just need to remember P.A.S.S.

It is also good to go for the Community Emergency Preparedness Programme (CEPP), which is a five-module emergency preparedness training programme that gives individuals a more holistic understanding and knowledge (both theoretical and practical) covering both conventional and unconventional threats, including fire. Module 3 on Fire Safety & Casualty Evacuation covers the use of fire extinguishers.